Mykonos island pictures (Greece Cyclades) is a hot cosmopolitan island that attracts upscale crowds from all over the world.

The most famous point of the island in Mykonos town is “Little Venice”.  With its houses built right on the rocks by the sea, it looks like Venice)

The capital Chora (Mykonos Town) has a unique view right of the harbor and hosts scores of local little fishing boats, side by side with luxury yachts.  The cubic white houses scattered on the hill give a special charming effect to the visitor. 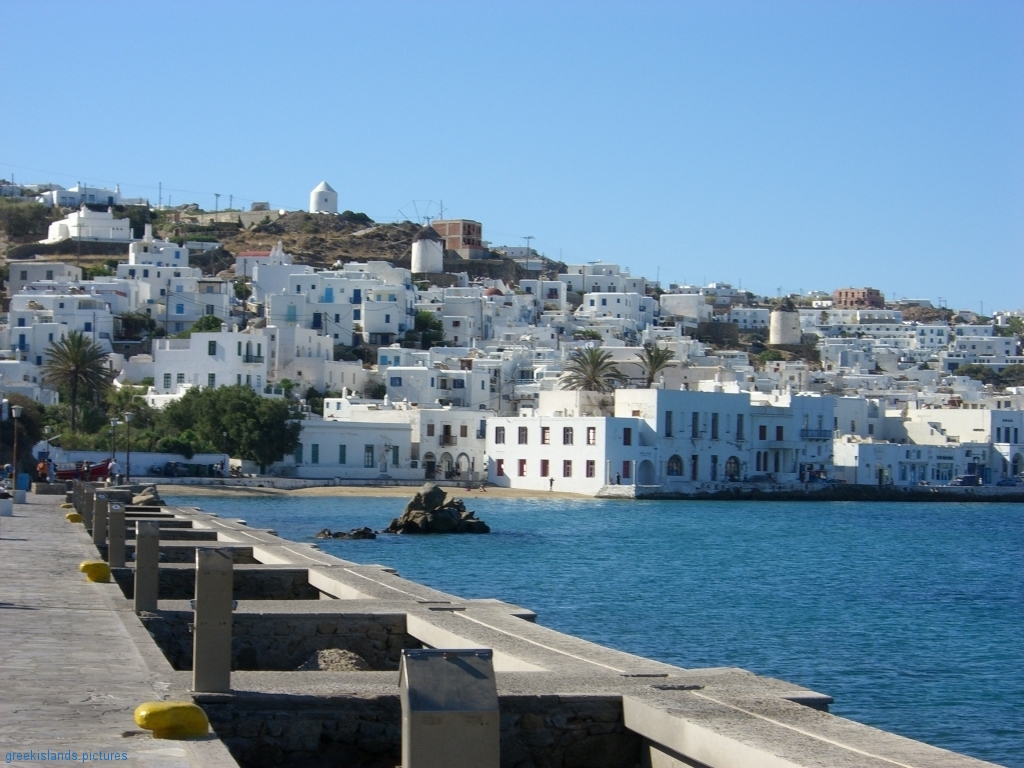 The most beautiful place in Mykonos and certainly the most special is Little Venice. There you may have a  Drink right on the wave,  enjoying the indescribable beauty and the terrific sunset of the island.

The windmills are a defining feature of the Mykonian landscape. There are many spread around the island, but most are concentrated in the main town of Chora. The famous “Kato Miloi” in Chora (Greek for lower mills)  are placed in a row on the hill overlooking the sea to harness the strong northern winds.

In the 16th century the Venetians built the windmills to mill flour. Capped with wood and straw, they remained in use until the early 20th century. 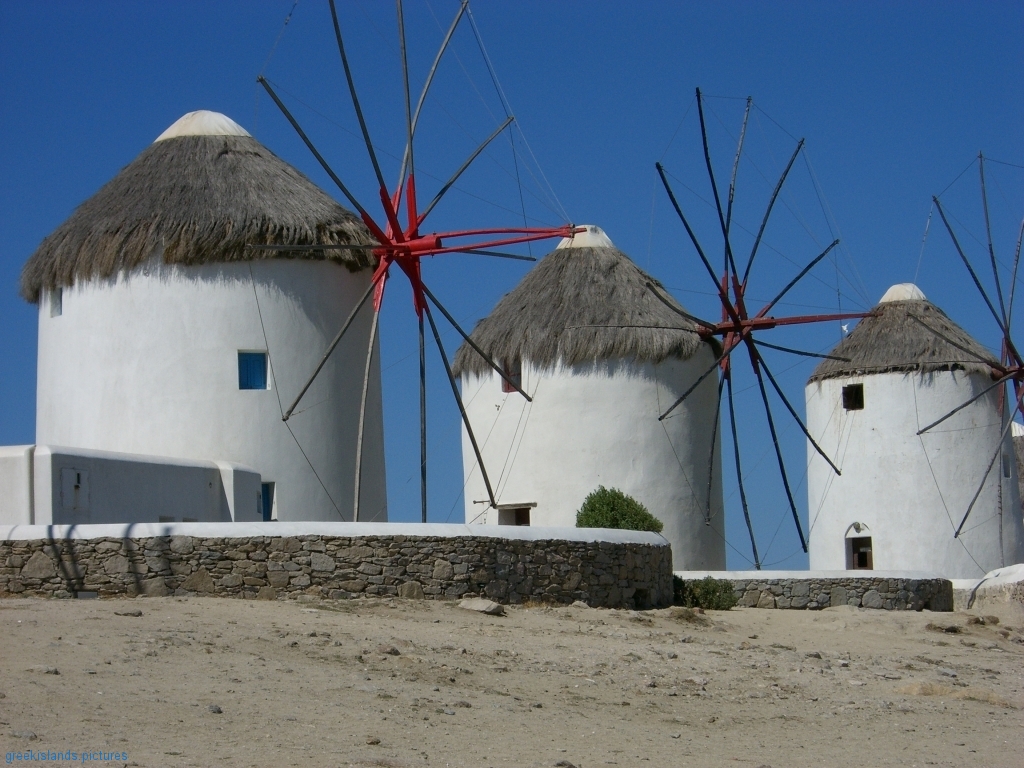 The windmills of Mykonos

The locals refurbished and restored many of the windmills to serve either as homes, or vaults to  Mykonian heritage documents.

The collections of the museum include exhibits dating from the Prehistoric to the Hellenistic period, with exhibitions hosted from time to time.

Among the findings of Mykonos, a particularly impressive piece is the great ‘Mykonos_Pike’ (a pianist from a workshop of 7th-century-BC).  The central composition represents Achaean warriors within the Trojan Horse).

The museum is located in Kastro, near Paraportiani church, and is housed in an old two-story caravan house.  The Folklore Museum of Mykonos has the following annexes:

Naval Museum of the Aegean

The purpose of the Museum is to preserve, display, and study the Greek naval history and tradition, particularly the development and activity of the merchant shipping in the historical area of the Aegean.

You may visit the Monastery of “Panagia Tourliani” in the village of “Ano Mera”.  In Mykonos Town, you may also see the churches: “Megali Panagia” or “Metropolis”, “Agia Kiriaki” and “Panagia Panaghantos”. The locals say that there are over 500 country churches “one for every day of the year”.

The Monastery of “Panagia Tourliani” in Ano Mera

In the castle of the town, you may see the church of “Panagia Parapotiani”, a Byzantine monument of unique architectural beauty. 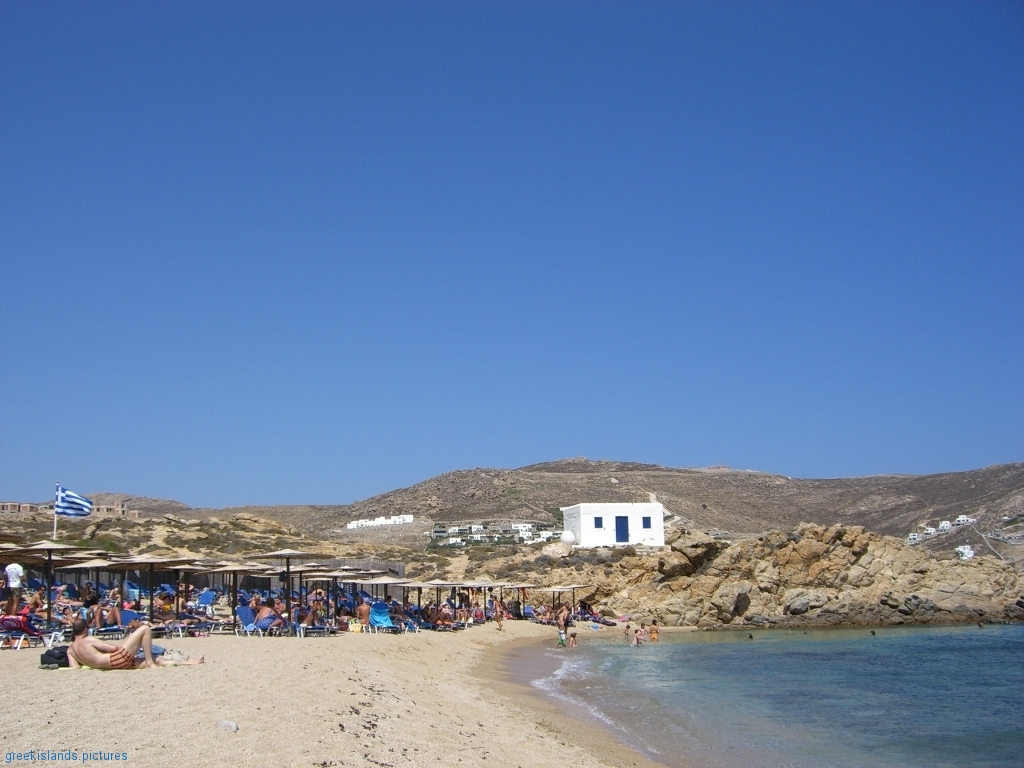 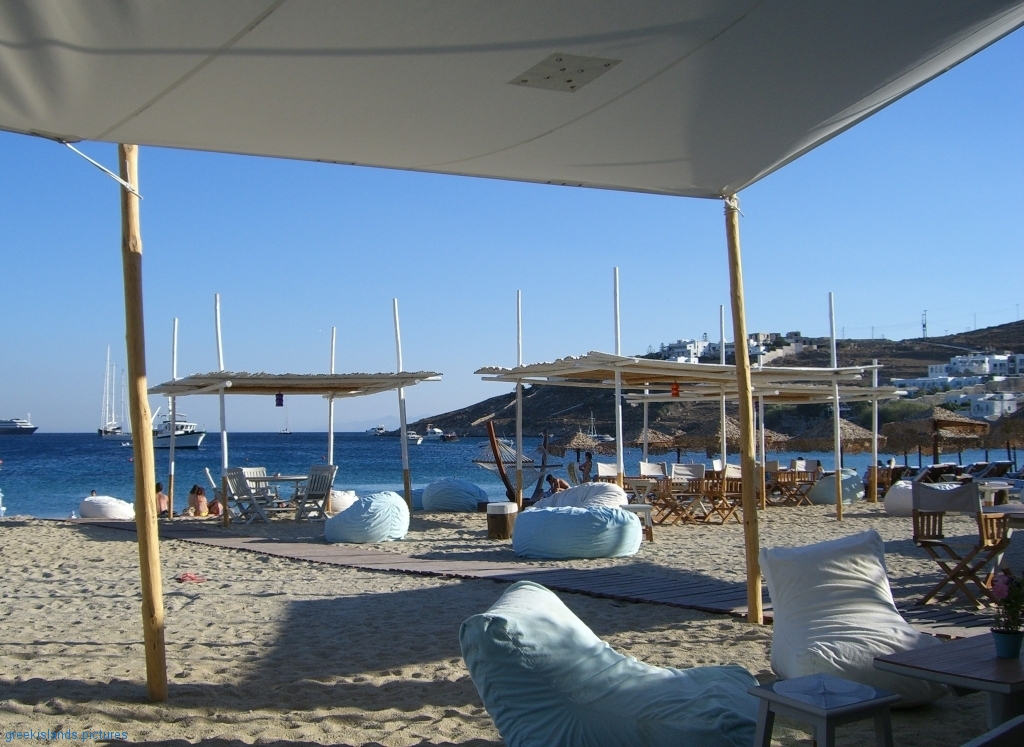 Peter, the Pelican-mascot of Mykonos

The island of Mykonos has its own “mascot”, a Pelican with the name of Peter. The story says that in October 1955 a native fisherman of Mykonos collected an injured  Pelican and cared for him.

Τhe local society adopted and called him Peter.  Peter became an essential part of the island and its inhabitants.

Today there are three pelicans living on the island of Mykonos.  You will surely meet them in the port of Chora. 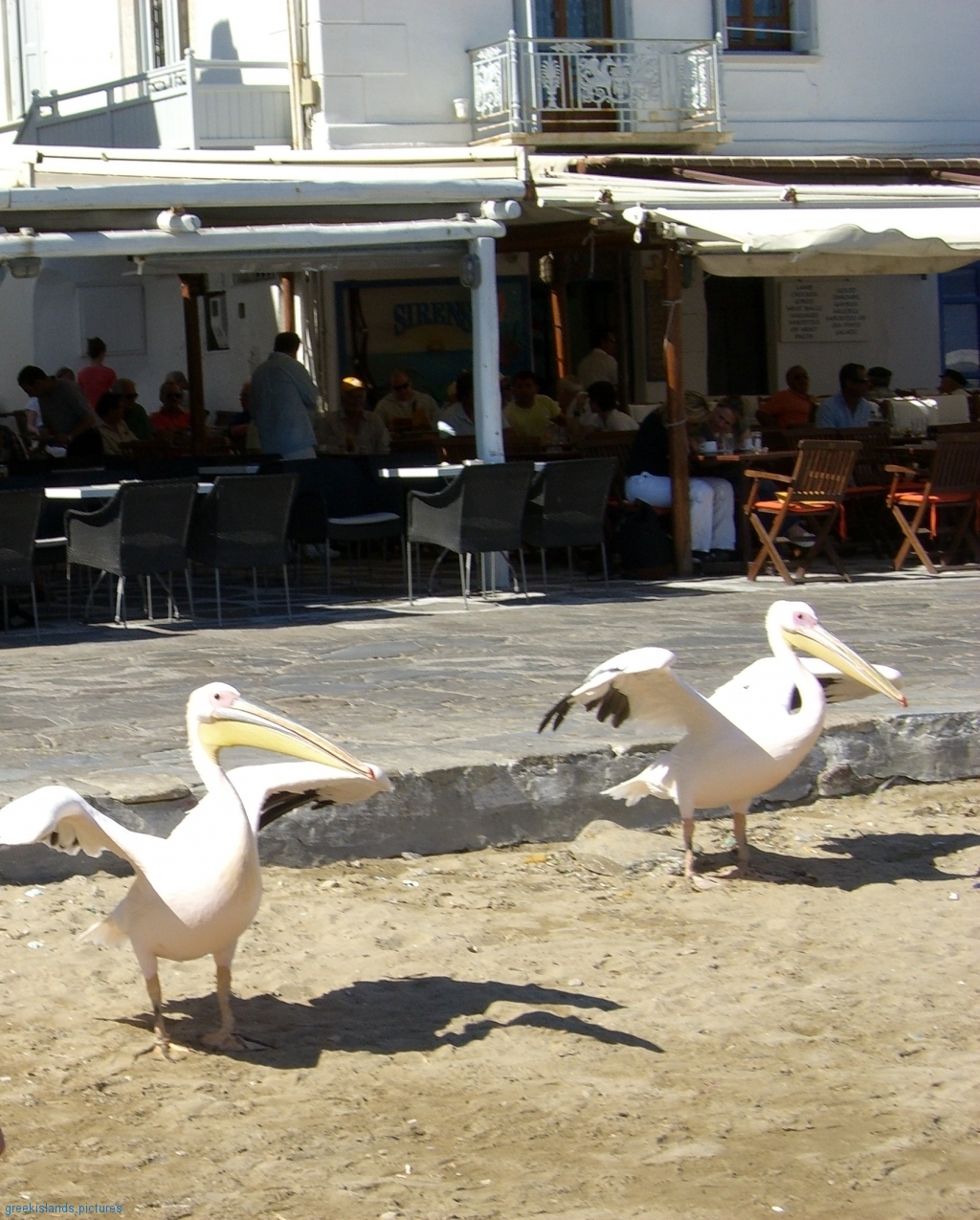 The nightlife of Mykonos is considered to be one of the liveliest and most active in Europe,  with countless bars and clubs.  Mykonos is an island where the fun begins with the dawn, but when the sun sets, it lights up its lights and the big party begins. Here are some of the clubs you can go to:

In the 1950s, rich people began to discover Mykonos, slowly but firmly building its secular character.  Aristotle Onassis, Maria Callas, and Stavros Niarchos often visited the various beaches of Mykonos with their yachts. In 1954 the royal couple Paul and Frederick included Mykonos on the cruise they made on the Greek islands.

In 1961, Mykonos established as a cosmopolitan destination hosting renowned actors such as Marlon Brando, Grace Kelly, and Richard Burton.  Consequently celebrities loved the island – from the so-called sad Princess Soraya, movie stars such as Liz Taylor, and Brigitte Bardot.

Similarly, Mykonos became a popular destination even for politicians, such as the two American presidents, George Bush, and Bill Clinton.